Amus, the Elder is the oldest deity to emerge from the Ether and take shape. She created the universe and set time in motion. While she has the greatest sense of the ether among the gods, she has little desire to wield power and dominion over immortal or mortal beings. She is content to watch the world and enjoy the passage of time.

Amus is not a jealous Spirit. Although she once held infinite power, she willingly gave much up of her power to give life to her siblings. At her essence, she is all that exists in the Material Planes. She has dominion over all that can be seen and touched, and she has the ability to control all of the prime elements.

Disciples of Amus are proficient in Hand to Hand combat.

As she does not seek dominion over Mortals, Amus’s followers do not amass in great numbers. Her clerics are few and they tend to live in rural, secluded pockets on Esteparon. While she has a significant following of Druids and Monks, they seldom visit any civilized community, preferring, instead, to remain in the rural, outlying areas so as to be closer to nature where Amus’s power can best be experienced. They dress in common clothes and are not distinguishable from other migratory pilgrims. They are often the peacemakers in confrontational situations but most are very skilled with at least one weapon. Their ability to easily forgive and trust others is often their biggest fault. Amus rarely has temples dedicated to her. However, a sanctuary in her honor, consisting of a small grotto set about a willow tree with both a fountain and flame, can always be found with in a days journey most everywhere upon Esteparon.

Amus provides the knowledge of time to her disciples.

All clerics of Amus carry an earthen vessel of varying sizes and shapes, along with a small bone knife. Each morning, they will burn incense made of aromatic biotic plant material. Fanning the smoke into their face while conducting their morning prayers to Amus, the priest or priestess will ask for her blessing. At the conclusion of their prayers, they will spill a drop of their blood into vessel before dousing the incense in holy water. This process involving all of the prime elements.

Amus was the first of the Greater Spirits to gain consciousness. She marvelled at her own thought and spent an entire age alone in the void. She could hear the thoughts of the other Greater Spirits but they knew only themselves and would not respond to her. At long last, she gathered all thought together so that she may hear them all at once and she understood. As the knowledge of each thought grew, so grew her own thoughts, and she felt power for the first time. The universe sprang to life as all thought became energy. She named this energy, the Ether, and she drank her fill and stepped out of the void and into the Ether.

Through the next age, Amus watched as each thought took shape and form in the Ether and gave birth to her siblings. She loved each of them and let them grow as they willed, discovering their thoughts and desires. Amus did not interfere with her siblings as they explored the Ether, and she did not dissuade them from their desires as they learned to use the Ether to mold the Material Plane.

The first of her siblings to take shape was Teysura, followed quickly by their brother Kiravor. From those first moments, the younger siblings opposed each other’s will, and Amus took it upon herself to make their thoughts coexist within the Ether. While Teysura wished to follow Amus and create life, Kiravor desired only to destroy it. Not wanting either to feel impotent, Amus brought forward a new thought, and it was Time. As Teysura made life, Time would slowly impose Kiravor’s thought of death, and the life would begin to fade. Then, from death, life would spring forth again.

For a time, the younger pair were fascinated by the circle that Amus had first thought, but soon, Kiravor became unsettled and desired for death to reign over life. He sought to break the circle and destroy all that Teysura thought to create. But, Amus was the elder sibling and understood the Ether more deeply, and so, she kept the balance. Angered by this, Kiravor withdrew to the void and was not seen for a time…

…It was during the time that Amus first thought of mortal life upon the world, that Gaeruhn came to her and showed her flesh and with that thought, flesh became man. 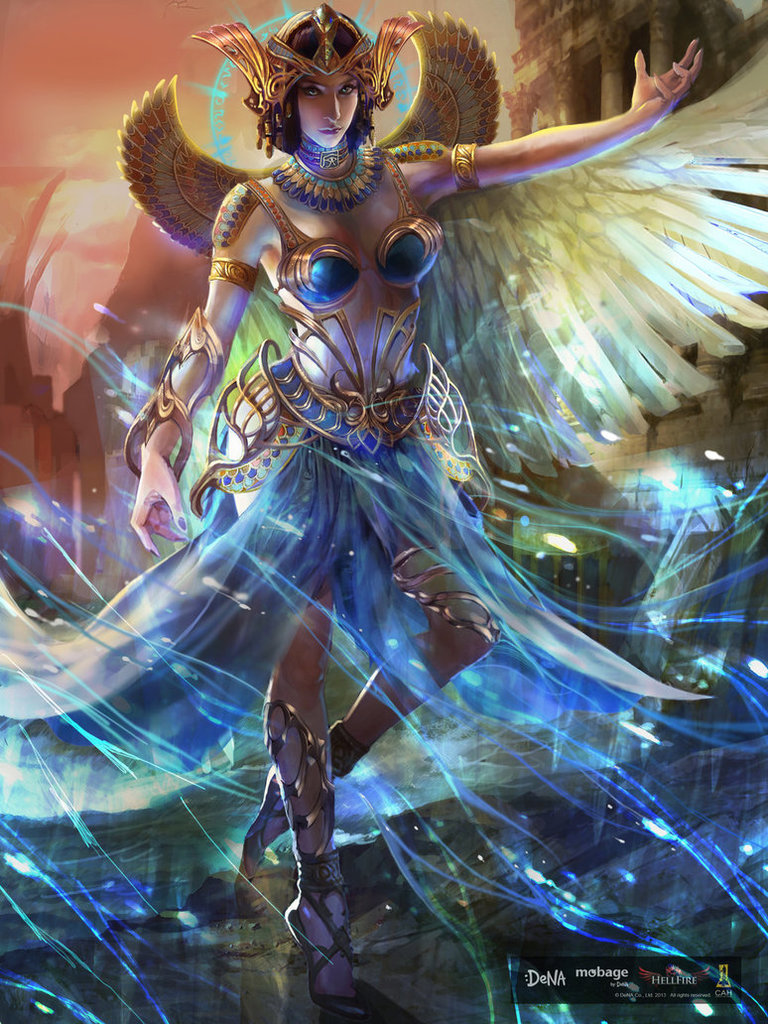