It was the offspring of Jhaeros, the young gypsy, Brandaynë that first learned to teleport. She is the mother of Dryads and taught them to move from tree to tree. She traveled the first world searching out every location and marveling at what she saw. She came upon Ralloryss teaching the mortals to hunt and cultivate the land. She was instantly in love, yet she said nothing. When Ralloryss was gravely injured during the Godling Wars, she planted an Aspen in his garden sanctuary high above the Earthenwork. When this shrine to the god, was consumed by an earthquake during the war, the deep refuge became its home. The sap hardened into amber and the tree become petrified.

“High upon the mountain pass, deep within the Iron Mountains, the Shrine of the Summoner was built by the priest’s of Ralloryss. When Gaeruhn laid siege upon Earthenwork during the Godling Wars, he shook the mountains to the core. When the world opened up, the mountain pass and the Shrine were cast down and never seen again. Within the Shrine an ancient Aspen tree was planted by Brandaynë, the Dryad. She was kin to Ralloryss and first learned to move amongst the first trees of the world. Among the most learned in conjuration, it is believed that the Brandaynë found the first pieces of amber lying in the fields of petrified wood of the first trees. She used the amber to open the first teleportation portals within the trees. If we are to assume that the legends are true and that the gods created the Circle of the Whispering Wind, it would make sense that both Ralloryss and Brandaynë were part of that creation. I would think that Brandaynë may have made the Amber shard and would have hidden the shard during the Godling Wars…In the Shrine of the Summoner.” 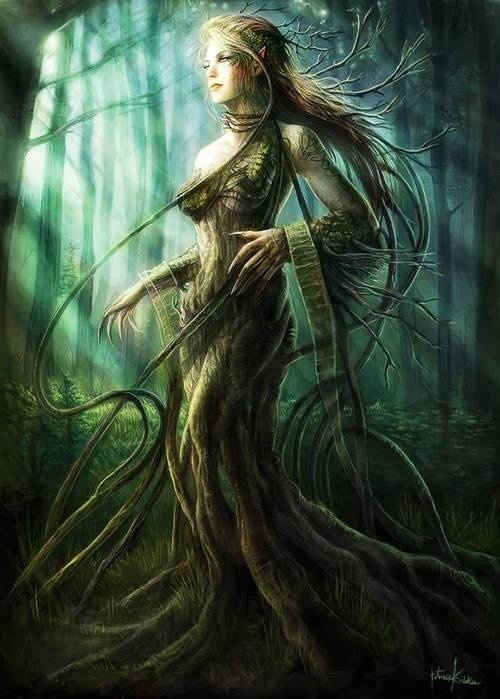