Fûqynn is the spawn of Gaeruhn and Kiravor; Kiravor beheld Gaeruhn in his rage as he consumed the first flesh of mortals that Amus had created. As the blood dripped from the Greater Spirit’s mouth, Kiravor took thought of blood and wondered at its taste. He reached and let the first blood spill into onto his right hand. As he tasted the raw ethereal energy it took form in his mouth and spat out Fuqynn. He is the congealed blood of death and knows the mysteries of mortal blood greater than all. Fuqynn is the spirit that flows in magic of blood. He is but a vassal to death and bears its witness. His greatest power was to divine through the drinking of blood. He is not counted among the Divinium but his ability to gain knowledge rivals theirs.

Fûqynn, the Master of Blood, spoke these words telling us of his making.

“…There Gaeruhn stood among man and ate his fill of their flesh, feasting as a ravenous dog eats scraps from his master’s table. For Kiravor was Lord of Death, and it was he who marred the world most; his terrible sword cleaving man and elf in two.”

“Gaeruhn feasted on their flesh and gnawed at their bones sucking the marrow of life as it departed their mortal shells. It was there upon the Red Fields of Duhnym that Kiravor cast his gaze upon the feasting beast and saw the blood drip from his maw as he consumed the first flesh of mortals that Amus had created. Kiravor took thought of blood and wondered at its taste. Kiravor stretched out his right hand and let the first of the blood spill into his palm. As the great spirit tasted the Ether, the blood congealed in his mouth and Fûqynn came to be…”

Fûqynn, my Master, knew from those first moments that the Ether springs from the font that is the blood in all men. To taste a man’s blood is to know him and feel his presence; to see all that he has known or envisioned; to experience all that has made him; and to gain his thoughts and his power. Through his blood, you can divine his location; read his thoughts; predict his future and make him realize the folly of it all. You shall become his master.

All mortals are born with the power to create ethereal energy within them. That was Amus’ unintended gift. By combining energy and life, the Elder had unknowingly created the spring that fills the Ether. As that mortal lives and breathes, they create more ethereal energy, and as they die, that energy returns to the Ether. Gaeruhn knew this before Amus, and that is why he laid his plans and tricked the elder goddess. Gaeruhn desired the energy but not the knowledge for what was not known to Gaeruhn, was that a mortal’s blood holds the inscription of what energy that mortal has produced through the course of his life.

These pages will teach you all that has been revealed to me. How to extract the knowledge from the blood; how to congeal that energy into its essence and how to drink that energy making it your own. 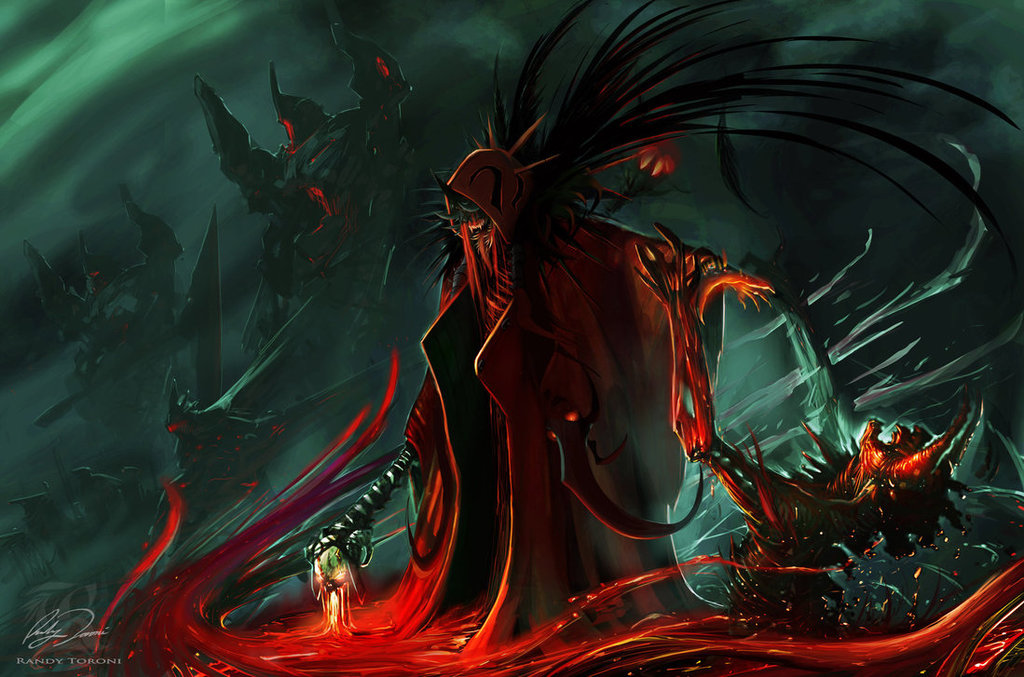