When the Sacred Mother saw the first humans shivered with cold, she thought that the world must have a place for them. Out of his thought, came Jhaeros, the fifth born child of Teysura. The god, born knowing the Ether as his brothers and sisters did, came almost immediately to the Material World and delved deep into the earth to understand its nature. Jhaeros know every stone and crevasse under the world and knows every mountain and hill. He walked among his mother’s creations, and seeing that they had learned to take refugee in the wild, he turned his attention to mankind. He built the foundations of Enwaard, the first city of man, upon the bedrock that forms the world. Jhaeros then taught man and all the races of the world to craft things from the earth made of both stone and wood.

As time progressed and the earth begin to wear down from the ages, he devised enchantments to preserve his creations and those of the mortals. He hallowed ground and built barrows deep into the earth, for the ancestors of the mortals that passed from life and returned to the Ether.

It was his offspring, Brandaynë that learned to teleport. She was mother of Dryads and would move from tree to tree. She planted an Aspen in the gardens of Ralloryss.

Most major cities have at least one temple to Jhaeros. These are often grand temples

Jhaeros taught the first men to design bridges so that mortals could traverse the lands to see the glory of the world that the Sacred Mother had made. The first priest of the Mason was Waltgûd of Earthenwerk. He and his followers moved across Æustëra building bridges and setting their small chapels at one side. These small chapels are safe havens for travelers.

Your connection to the Blessed Mother’s earth allows you to lay beings and creatures to rest in hallowed ground.

You can recall to presence what has been lost to time.

You can defy the powers of time and decay.

…The true story of Jhaeros is seldom told outside the dwarven people. While the first mortals took delight in his works, they found his work beneath their station in life and wished only to enjoy the benefits of his work.

When the Craftsman, as he was called by the first mortals, first came and took shape in the Ether, he looked beyond what Teysura and the other Ealintaine had wrought upon the world and sought to find the truth of all they had made. He first turned his thoughts to the earth and stone that was the foundation of the world. He looked deep within the stone and found the shape that the world desired. Taking his hammer, he struck the rock with his chisel and revealed the cornerstone of the great hall of Enwaard, man’s first home. His strikes were true and the stone revealed itself to be the pillar upon which the hall was built. Jhaeros toiled long under the sun to allow the truth of stone to be revealed. In the end, Enwaard was built and all the Ealintaine and all the mortals hailed his craft.

He sought out the workers and servants to the first kings. They were the dwarves. Stout and hearty but of little joy. He found them in squalor and living a ragged life.

Yet the hall was not filled with life, so Jhaeros turned his thoughts to the forests and revealed the truth that is wood. He shaped them with his tools and found that many wished to be chairs, tables, beds, bowls, cups and many other things that man used.

When the dwarves first delved deep within the earth and found the gemstones, it was Jhaeros that taught them to reveal the beauty of each diamond, emerald, sapphire and ruby. When they found the veins of precious metals, he taught them to heat the metal and cast it. He filled their halls with beauty and they brought his works to the other mortals as gifts from their house.

Yet, it was Grahlithe that finally opened their eyes to the value of such gifts, and soon they began to covet such things that Jhaeros had wrought for them, and did not wish to give them freely. Jhaeros himself became corrupted with the mumbled words of the Twisted Lord. He desired his fair wages for his work, and demanded it from the first Kings and then from the dwarves directly. He grew bitter and departed the world finding comfort in the presence of Elanil who delighted in laughter and joy.

When the Godling wars began, he watched from afar and saw the truth he had revealed to the world be destroyed by Kiravor. He felt the pain of every item as it’s form was destroyed and its truth lost forever. He wept in the winter of the war as Elanil was lost and then found only to be a crazed shell of the former Last-Born Ealintaine. He looked into her heart and did not find the truth of the goddess only madness. Carrying the sorrowful thoughts and memories of all he had wrought and lost, he came to the Red Fields and stood alone in the great clearing with his brother Mylesar to first confront the power of the dark lords, Kiravor and Gaeruhn. Long had his hammer been lost and his tools forgotten, so he laid himself bare and fought with nothing but his hands. While his resolve was mighty and his heart true, the keen edge of Gaeruhn’s falchion cut him deeply and his knowledge spilled upon the earth. When his avatar finally succumbed to wounds and could not remain in the world, Elanil, for the first and only time since her madness had taken her, spoke of Gaeruhn. “He is leaving this new world and returning to his home within the Ether. Do not feel shame. The Lord of Flesh has taken you, my brother, but Mylesar remains and so to does hope. The truth of which you have shown the world….”

…The Braonins speak of Jhaeros not only as the Mason who built Narwell but also the Barrow-Maker. It was he who built their great walls and homes when they lived, and it was he who gathered their dead, returning them to the embrace of the Sacred Mother.

Death was not quiet during the Godling Wars. A hero struck down quickly rose up as a scourge upon the living. Fallen heroes were not alone in finding no rest, no peace, in death. From kings to peasants, Kiravor called all back in his great war against the living.

The undead grew so numerous during these wars, it is said, that some years the Herald escorted none of the fallen to the Ether. Kiravor’s corruption spread through every dead bone and ensnared each spirit. It came to pass that Narwell began to stink with this corruption and the living lived amongst the dead.

Jhaeros saw the corruption of the work of his hands. “The dead should not dwell amongst the living. For together, neither will no rest.” He looked upon the earth once more and saw a new truth. “As all life springs from the Mother, so too must all life return to her to be born anew.”

He took up his hammer and his chisel and into the stone he carved a home for the dead. Room upon room where their bones could rest and their spirits be guided to the Ether. Above this stone house, he raised a great mound of earth and set graven stone doors in the northern face of the hill. Into each stone he carved his secret truths and prayers to his own Mother. No slave of the Brothers can find the Home of the Dead. No spell of the Brothers can sully its sanctity.

As Jhaeros wandered the earth, he gathered up the bones of the dead and brought them to rest in the Home of the Dead. This is why the Braonins call him the Gatherer of Bones.

Praise to the Gatherer of Bones! Let every voice give thanks to the Sacred Mother that the hearts of her children are moved to pity. The Inhaerans lived among us and knew us as Dasyra knew us. Let no soul forget that Jhaeros brings us to the Mother’s waiting arms, so that we may rest and dream life anew. In her embrace we are all lights in the darkness waiting to be kindled… 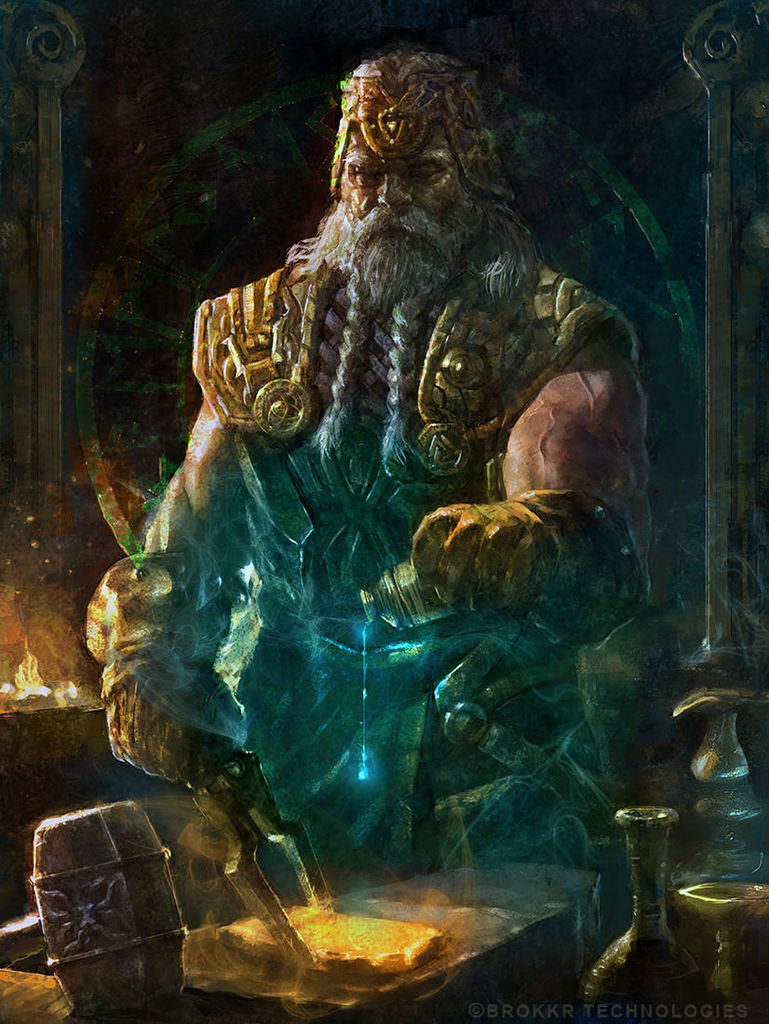