Godling of the Quiet Rivers

Born of Celestri’s calming thoughts of Teysura. Leontil is said to reside in the babling streams and brooks of the world. She is also the spirit that brings good fortune to those digging wells. Most notably, she took a sea shell and ladled water from the Rynin Sea for a dying Dysra to quench her thirst before succumbing to her wounds. This shell is depicted in the stars next to the Evening Star. Although the legend doesn’t mention the shell again, it is thought to be the Silver Shell.

Leontil has the power to make a difference in the world. For her part, Leontil is slow and methodical. Unlike his mother, her fury and anger is difficult to unleash, but her will is strong. She will wear down even the strongest, hardest stone. She is implacable. Leontil endures and let’s time unfold as it will, hence, she took council by himself for thousands of years before deciding to take part in the binding of the Ether as a Magi. 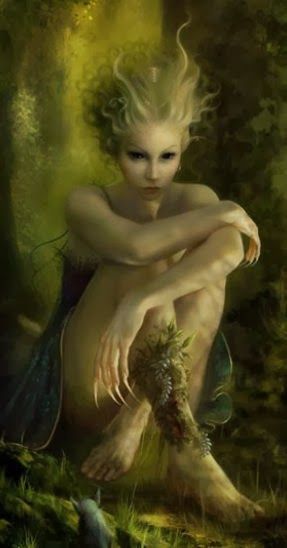