When Gaeruhn consumed the sun and brought darkness upon the world, his thoughts mixed with the vital essence of Vra’lithe and the element of fire came within his grasp. A host of men, led by Raghnàll of Broanis, came before the god to demand the return of the fiery globe to the sky. Gaeruhn, angered with the brashness of man, belched forth his wrath, bathing the men in ethereal flame. From those ashes of men arose a being alight with the power but weaker in spirit than its maker. She gorged on the smoldering embers in the ashen flesh of men and took shape as the first Asura Ranhas… Saz’ror. 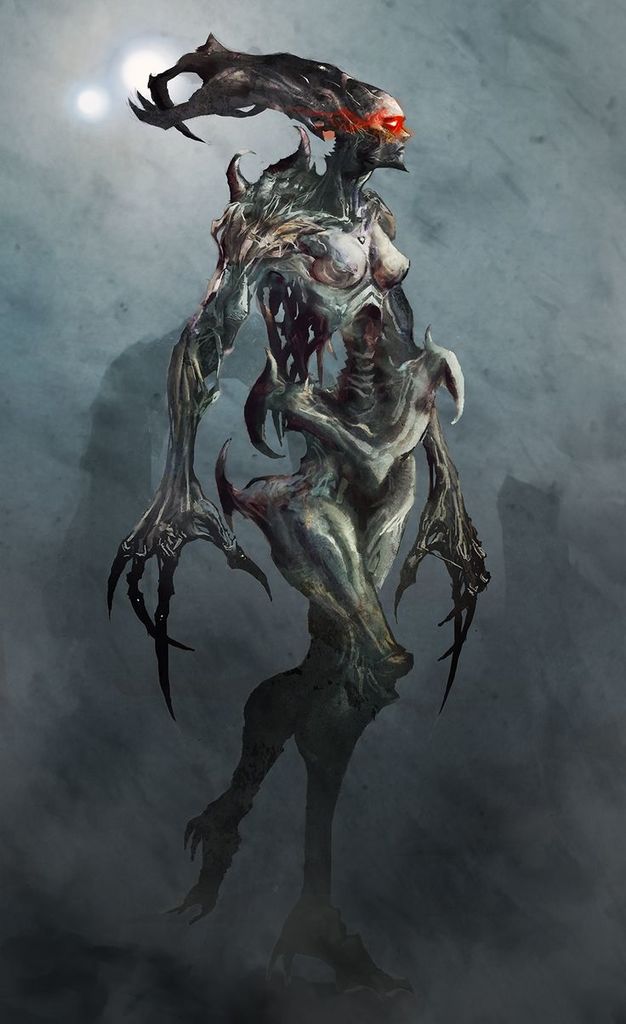