God of Bone & the Afterlife

Selefahn, the Herald, is best known as the most empathic of the Ealintaine. She cares more for the mortal beings that live upon the world than she does for her brothers and sisters.

Selefahn sat in the void watching the world for ages. It was the birth of man that first brought her out of the void and into the world. She watched as man grew old and died. When their essence was lost and they did not reform as an entity within the ether, she felt a great sorrow and her tears spilled out of the ether and flooded the world. She took no form as an avatar like the other gods, but flowed within the river of her ethereal tears and entered the world.

She embraced the dead mortals and carried their souls, as pure life essence back to the ether and let them be reincarnated as energy within the mystical plane.

During the Godling Wars, Selefahn did not fight for either side of the war, but rather worked to preserve the souls of fallen mortals. She was most horrified to watch as Kiravor, and more frequently Gaeruhn, devoured the souls of mortals, forever losing their thoughts and memories.

The Sovereign Order of Edriran is an order of paladins that worship Selefahn. They are charged with protecting the ancient Necropolis of Edriran which rests under the ruins of Firsthaven.

You control the bones of the fallen.

After most the Divinium had come out of the void and wrought the world, it was Amus who desired someone to live in the world and experience the passage of time. The greater spirits only existed in the ethereal realm, they did not come into the prime material plane and walk upon the world. Amus then created humans to live and experience the world. Since she made them, they are the race that best feels the passage of time. The are born; they live; and they die the fastest. Selefahn comes last as she ushers the energy of the ether back from the material plane to the ethereal plane; converting what has died back into energy. 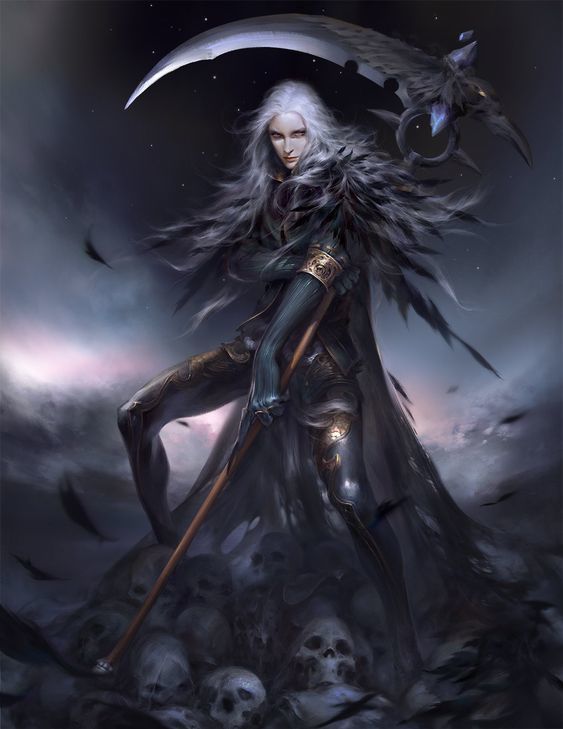