Gave life to the dwarves. Demanded order from the world. Blind Justice.Took the role of judge, jury and executioner. Rehabilitation

Thaedymar rewards and punishes mortal and immortal alike. Of all the Docti, he is the most active interventionist. It is said that Thaedymar possesses universal schema that interrelates all immortal and all mortal being and action. It is also said that Thaedymar is quick to discipline any who would violate this schema. During the Godling Wars, Thaedymar vied against both Kiravor and Calledrym. Most reputable scholars agree that in these days Thaedymar has reconciled himself to Calledrym’s rule, but that does not stop some from whispering about the Betrayer Heresy.

What the Wise Know: A Compendium of Commentaries and Emendations on ‘Of Creation and the Greater Spirits’

by Telen of House Nannaris of the First Elves, Head Archivist of Greyton

While it can be said that all the Divinium and the Docti are brothers and sisters, there are certain groupings that bear special relationships: Calledrym and Celestri; Kiravor and Gaeruhn; and, amongst the Docti, the triad of Thaedymar, Lorrynor, and Faenithol. Much ink has been spilt on the interrelationship between this triad because while all sources connect these three great spirits there is little evidence that they are special allies. The greatest of the three, Lorrynor, pursues his pursuits and gives council to the rest of the The Ealintaine, but rarely does he involve himself in their squabbles. Even more reserved is Faenithol. He holds himself apart from time, preserving what he chooses and transmitting knowledge to the mortals so that we might not be lost. In contradistinction, Thaedymar is heavily involved in both the mortal world and the ethereal order.

My theory of their connection is thus: Thaedymar evaluates, Lorrynor perfects, and Faenithol preserves. Thaedymar is the link between these two great spirits. Judgment and Wisdom must spring from a common source for how can Lorrynor know what is best if Wisdom is without Judgment? Similarly, there is a connection between Laws and the Preservation of Faenithol. Both endure. Both transmit meaning over Time. Both allow mortal and immortal alike to live together in harmony.

For a great spirit who is so active, there is little account of his great deeds during the Era of the Gods. Thaedymar created the dwarves because he was jealous of Lorrynor’s masterpiece with the elves. The dwarves are fine journeyman’s work despite their collective failure to surpass elven perfection. They are much like their maker: enduring, perceptive, and concerned that all things be as they should be rather than as they might happen to be.

Thaedymar did not hold his failure with the dwarves against the other races. For he went amongst all peoples, helping them to organize themselves and blessing each with civilization. He is also a special friend to the Inhaerens, spurning only Mylesar and Elanil, neither of whom cares much for his schema. During the Godling Wars, Thaedymar spent his energy doing all that he could to protect the civilizations he helped establish from being destroyed by the internecine conflicts between the various factions of The Ealintaine.

Little else should be said of the works of Thaedymar, but that has not stopped some less reputable scholars from spreading the Betrayer Heresy. I include it here only to discredit its claims.

The thesis of the Betrayer Heresy is that the Godling War did not end because Calledrym in his power drove Kiravor and Gaeruhn back into the void. The Heresy contends that it continued to rage as the great spirits vied for supremacy. According to this nonsense, the Godling War ended because Thaedymar betrayed his fellow immortals to the mortals. Thaedymar, they claim, invested a fraction of his divinity into the four Foundation Magi, transforming them into demigods, suffused with the primacy of mortal magic and immortal power. The Foundation Magi then banished all of The Ealintaine back to the ether and prevent their return to the mortal world.

The Betrayer Heresy is obviously false.

1. None of The Ealintaine can act against their nature. The great spirit of justice, the font of honor, could no more betray than Kiravor can create.
2. The immortals are immortal and mortals are mortal. This is a difference of kind rather than scale. It would be absurd to imagine the category of demigod just as it is absurd to record the fables of the so-called primogenitors from the “Savage Lands.”
3. It is an obvious political fiction to support the current line of Hazards, since Baerwynnd – the head of the Hazards – is recorded as being one of these “Foundation Magi.” The wizards of this line are famed for their rejection of all clerical authority. Therefore, it is indisputable that the Betrayer Heresy was promulgated by the Hazards to shore up their own legitimacy … 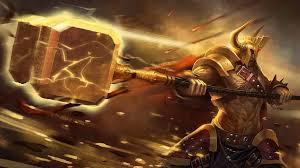