”What’s your story, boy? How did a woman like Lady Alessandra Thorne come to have a son like you?”

Thomas smiles at the man his mother had hired to see him the thousand some miles from the Kingdom of Haemil to the Vale of Talanor. ”It is a long story.” He replies softly as he begins to speak.

Screams in the night. Snow in the air. Heaps of dead bodies, yet not a single drop of blood to be found. Worse, there were many villagers missing.

This is what the Lady Alessandra Thorne found when she was leading her patrol near the village Kjolin. Anyone who was raised on the western side of the Iron Mountains knows what that means: orcs and vampires, what the savages call the Nightblood clan.

Terrifying enemies to be sure, but the Riders of Haemil carry the mandate and trust of the King of the Gods. Their ancestors fought and killed the demons of Kiravor. What were a dirty lot of heathen blood drinkers against the divine blood of Haemil?

Taking up her family’s sword, Daybringer, which Thorne family tradition maintains was forged by Valthyra during the God’s War, Alessandra led her men across the mountains to reclaim their people. She led them out knowing that the first storms of winter would soon be upon them, but the villagers of Kjolin would not survive the winter amongst the savages.

What they found in the dark forest east of the Iron Mountains was gruesome. A clearing in the woods, frost covered ground. Bodies drained and cast aside. A fell orc woman anointed with blood surrounded by berserking warriors.

Lady Alessandra turned to her company and cried, ”What cannot be saved must be avenged!” With that battle cry they charged the clearing.

Orc Berserkers are fierce fighters. Denying pain and fear as they cry out battle cries to their ancestors. No amount of fierceness though can withstand a mounted charge over open ground. The Berserkers died hard, but they did die.

Not so the blood-drenched orc woman, she moved amongst the Lady’s company like smoke. Their glittering mail were no proof against her claws and wicked fangs. Their sharp swords no charm against her as they bounced off her bloody skin. Most terrifying was the blood magic she wove as she struck down the Lady’s company.

But well-named is Daybringer. Where it struck the orc vampire light and fire bloomed. With its power and Lady Alessandra’s skill, the contest should have been short, but the vampire had grown strong feasting on the people of Haemil. Their battle lasted long into the night, ending with coming of dawn.

It was a victory sorely purchased. There was little life left in Alessandra come the dawn. She collapsed in the clearing, ready to join her ancestors.

She awoke to singing and to a man whose eyes, she said, held starlight. This man and his family nursed Lady Alessandra back to health and sheltered her during the winter until the pass near the Fist opened once more. When she returned home she brought her sword, the arms of her men, and new life growing within her.

Thomas’ face had grown still during the story, but he smiles near the end. ”I always found the story quite hopeful. That even among savages my mother found kindness and succor. The evil deeds of some do not taint an entire culture, and those who do practice wickedness choose to do so, which means they might always make a different choice.”

His guard gives the noble priest a dubious look. ”That doesn’t tell me why you are dressed in white robes best seen on a woman or why you mother has paid me to nursemaid you to Talanor.”

The priest’s smile neither falters nor grows brittle. ”Why do men do anything but for love and a hope for a better future? Though the immediate reason I am wearing the Sacred Mother’s robes is because she called and I answered. I know that as the Goddess of the earth we should describe her stone, but when I pray she is an ocean of light, lapping at the shore of my soul. When the tides of her love for all of us crash into me, it spills out as light and life renewed in our world. It is not only a divine love that leads me to Talanor but the love of man, one man in particular.”

When I first saw him there was sunlight gleaming in his golden hair and joy radiating from his eyes. He smiled at me. In that moment, I loved him, at least a little bit.

Most nobles of Haemil can sit a horse, mount a lance, and wield a sword whether that is where there natural gifts lie or no. I confess that I have always been a bit of a rebel as such things go. It will not be by my hand that any mortal shall perish by mortal weapons. You think it is shocking to see me in these white robes? Imagine my Lady mother’s chagrin. Bad enough that the gods gave her a priest of a son, they could not give her a priest of Calledrym? This is not to say that my Lady mother is not pious. She has her own type of gratitude for the Sacred Mother, but she would prefer that her son share in the rule of the King of the Gods.

As a Captain of the Riders and as a swordswoman, my mother commands her share of respect. Nevertheless, our lineage back to Thullan is much less direct than that of Gunther Krögen. It is one thing for me to be a bit of a rebel it is another thing for a member of royalty to be.

In most respects, he is everything a royal of Haemil should be. The light of Aerista’s Gift shines through him clearly. He can sit a horse. He can mount a lance. He can wield a sword.

He was doing such that day when I saw him sun gleaming gold in his hair. He was and is perfect. I had been asked to judge the match between him and one of his cousins. He didn’t win, but he strove valiantly. Even my Lady mother might say it was well fought.

After the match, I squired for him because all the squires had other duties. It was then that I learned that his gifts went further than being a respectable royal. His godling-blessed sight is so keen and his wit is as sharp as his sword.

We became friends. In time we fell in love. How could I not? He is so handsome, so clever, and so kind.

As our love deepened, I realized how unhappy he was, how under utilized his true gifts are. I encouraged him to seek permission from the King, his distant cousin, to pursue his studies in Talanor. The King, in his wisdom and grace, gave his blessing.

Gunther journeyed to the Bright Tower and won his place. That was two years ago. Six months ago, in one of his letters to me, he said that he had become one of the Proven. He also asked him to come to him in Talanor. Our separation has been so difficult for us both. I pled with my Lady Mother and the high priestess of the Temple of First Light to journey to Talanor to be with Gunther and serve in the temple in Oldtown.

That is why I am here. Why you are here is because my Lady Mother said, ”The gods don’t protect people, son. That’s the work of men with sword and lance.” Or, at least, that is what she told me. No journey ever began for one reason alone. . . 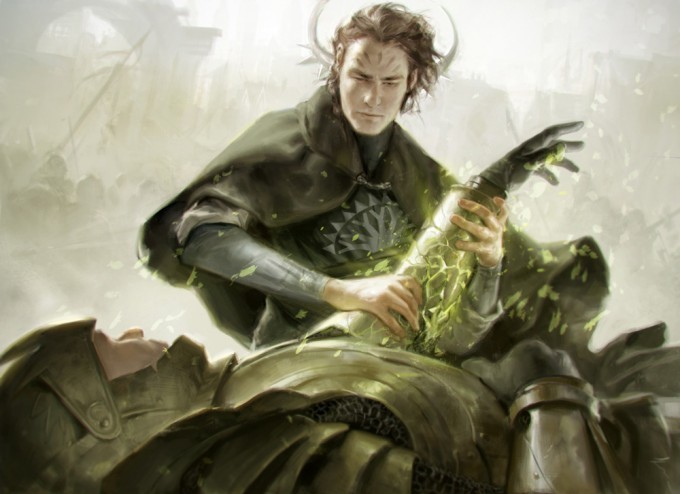