Titan is a tall lean man of northern descent. Despite any outward signs of impressive physical prowess the deliberate motion of his rangy frame hints at a predator’s power and grace. His auburn hair and short well-kept beard match almost perfectly the hulking ursine companion at the man’s side. His mail, bow, and weapons are well cared for but worn, unadorned, and largely unremarkable. Around his neck, hanging from a braided hide cord is a polished obsidian palm-sized disk.

Titan was raised by his parents and his paternal grandfather on a small isolated plot of land near the Vale of Talanor. Due to his grandfather’s condition, Titan’s family did not socialize much with their few neighbors. The one exception was the robed priests of Korlez. At his parents’ insistence, he did not pry when the visiting holy men would make their monthly appearance to deliver his grandfather’s medicine, a curious reason to visit given the older man was stronger than most in their prime.

When Titan came of age he left home to apprentice with an expert horse trainer operating stables within the nearby village of Crossroads. Within the region, his master had a reputation for talents that extended beyond the noble equine. This allowed the young man the opportunity to get experience with all manner of beasts, from wolves, to elk, to even an exotic and dangerous smilodon. After four years, Titan had completed his apprenticeship and returned home to visit his parents and plan the next phase of life.

Tragically, Titan returned to his parents’ farm to discover that it had been reduced to rubble. Within the burnt remains of his home, he found his parents. Hanging from an ancient tree he once played on as a child, his grandfather had been hung. Partially buried, his parents’ remains were burned but largely intact. Exposed to the elements for what might have been years, his grandfather was little more than a skeleton.

After laying his family to rest, he haunted the ruins himself in a lifeless fugue. In shock and lost to grief, Titan could not abandon the ruins of his home. The priests of Korlez found the young man weeks later, feeding on long untended and overgrown crops. The priests were surprised to find anyone on the property but recognized Titan quickly. Believing the young man deserved the truth, the priests shared with Titan the secrets that had been kept from him as a child and what had transpired in the years he was away.

The rest needs to be fleshed out still.

His grandfather had been a powerful lycanthrope that made some enemies in his youth. The priests, known as the Paragons of Tadhg, helped him disappear someplace he could raise his son (Titan’s father). While Titan was away getting an education, the hunters finally found the grandfather, burned his home down (killing Titan’s parents) and killed/hanged his grandfather. Desperate to find some meaning in the tragedy, Titan swears himself to Korlez in exchange for training and role in Korlez’s priesthood. 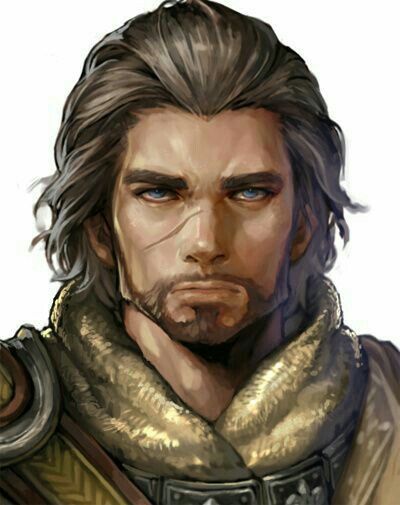