Ünurno is worshipped as a deity by a small sect of Broanins. His name means, “horned one” in their language. He appears human-like with antlers of the stag and the claws of bear. His thick, greenish hide is partially covered in black fur that matches his long, flowing mane.. He represents male energy and the beginning of the cycle of the seasons. In spring, he is resurrected and he impregnates the fertile goddess of the land, Teysura. He is often accompanyied by animals, such as stags, bears, bulls and rams. He has been depicted holding a snake and wearing a bronze torque.

An ancient belief of the Broanins suggests that he desired the first daughter of the Broanin people, that he took mortal form to enthrall her with his magic. Having been impregnated by the godlings, she bore him a host of offspring that took the celestial form of many beasts and animals. 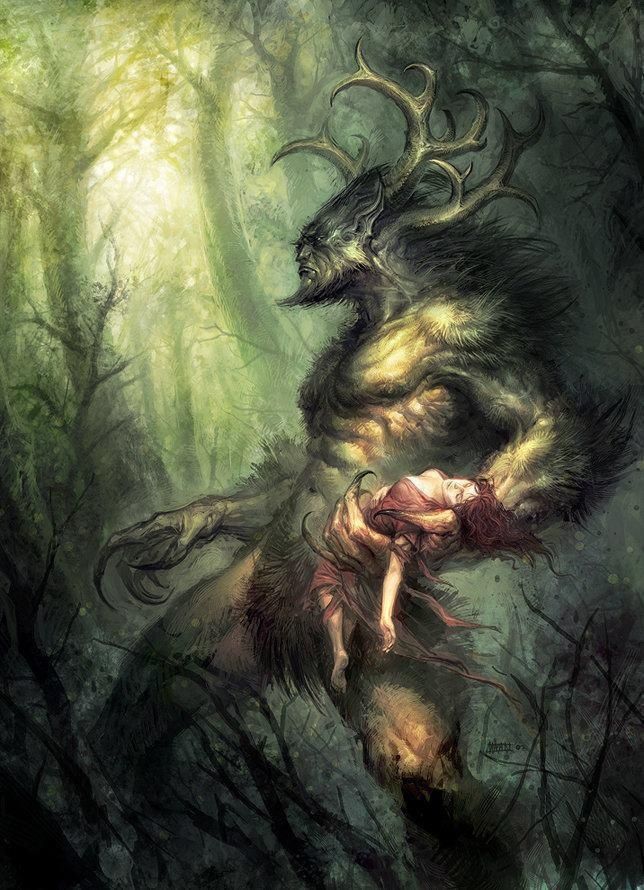