The ancients had no fixed depiction of Valthyra as either a god or a goddess. Some sources refer to the smith goddess while others refer to Valthryra as the brother to Mylesar. Interestingly, in artistic representations of Valthyra from the Godling Wars they appear androgynous or explicitly hermaphroditic.

Modern priests of the deity, describe Valthyra as joining together of the two genders, uniting the gifts of life and death in one greater whole. Themes of uniting, refining, and purifying are common within the faith. “Just as an alloy is a joining of two metals so too is a family a joining of multiple spirits.” It is no surprise that most civilized marriage ceremonies invoke Valthyra or that the vows are often modeled on that deity’s traditional blessings.

Some might expect Valthyra and their priests to be regressive culturally. Yet, it is their priests that often push for greater innovation and social reform. “Honor the old, forge the new.” It is important to specify that Valthyra is neither a revolutionary nor a rebel, but an enemy of stagnation and idleness. They advocate continuity with the past, keeping traditions alive and in service to the community rather than the community in service to tradition.

Although Valthyra honors Calledyrm as King of the Gods, and created many of the most potent artifacts used against the Brothers during the Godling Wars, ancient sources suggest that the King of the Gods often restrained Valthyra from sharing divine knowledge with mortals.

This dynamic is repeated amongst their contemporary followers. Priest of Content Not Found: calledrym, the King of the Gods often encourage temporal authorities to seize inventions created the priest of the Smith and to forbid them from disseminating innovative ideas that might spur technological development and upend social order.

A iron or steel disk forged and hammered flat by the disciple with intricate engravings representing the disciple’s family or community.

Order of the Anvil

This faith, based in the bountiful river lands of Haemil, is presided over by the working craftsmen of the Anvil. The Order is most commonly followed by the middle class although much of the nobility share in its practice especially when it comes to marriage and the family.

Lay your weapon on the ground in front of you and hold your holy symbol of Valthyra to your heart with both hands. Kneel while focusing on the holy symbol, pray for guidance and protection, and swear to follow her teachings. Gain a +4 sacred bonus on Diplomacy and Knowledge (local) checks.

You are a master of metal, smithing arms and armor that are imbued with the Ether.

Paladins of Valthyra are teachers and community organizers as much as they are holy warriors. They would rather convert a foe into a friend then strike them down, but they show no mercy to those who have harmed their families or turned communities against themselves. They seek to master their chosen crafts, and spread that knowledge. Their code contains the following affirmations:

What I vow, I do. For trust is the fire that forges all bonds.
I will unite rather than divide. Bonds are what give our society strength. I will not act to destroy the bonds of family and community but rather give them strength.
I honor the vows of marriage. Just as I would not sunder a well-forged blade, neither will I sunder the foundation of a family.
I will protect the creators and innovators for it is by their craft that society is forged anew.
I must trust in the skill of my own hands. I cannot share in the gifts of the goddess that I do not myself understand.
I must offer the poor in my community assistance, but I may not do the work for them—instead, I must teach them the skills that can protect their families and improve our community.
I will only destroy the skilled work of someone else’s hands only if it would threaten my family or community.
My sword is a shield. It is not a tool of conquest, but one that protects the vulnerable.

The blessing of Valthyra resides within your greatsword, protecting the virtuous with her righteous aegis.

Special: This feat counts as having Int 13 and Combat Expertise for the purposes of meeting the prerequisites of the various improved combat maneuver feats, as well as feats that require those improved combat feats. Additionally, while it doesn’t count as Combat Expertise for pre-requisite purposes, it will allow you to apply Combat Expertise as a stance to activate the benefits of another feat, with GM approval. However, those benefits would apply to your allies within reach, not yourself. So, for example, if you later took the Stalwart feat, you could either go total defense or fighting defensively to have the damage reduction apply to you, or use this divine fighting technique to have the DR apply to your allies within reach.

If you use Combat Expertise while wielding a greatsword, you may apply the AC benefits to all allies within your reach and yourself. Additionally, if one of your adjacent allies is successfully hit with a melee attack while protected by this aegis, you may take an attack of opportunity against that opponent if they are within your reach. This attack of opportunity does not suffer the penalty to melee attack rolls attributal to Combat Expertise.

All disciples of Valthyra carry an forged disk of iron or steel, hammered flat and weighing about one stone on average. This disk must be crafted by the disciple. A common practice while praying and preparing daily spells involves heating the disk with fire and then place sandalwood incense upon the heated disk until it begins to smolder. Praying over the disk with the fragrant smoke rising to the disciple, the disciple invokes Valthyra’s name and ask for her blessing. Other practices include placing other sacrifices on the disk then striking it with a small ball ping hammer or simply quietly tapping the hammer on the ingot to produce a slow, rhythmic beat.

And then did Valthyra come upon the Fields of Fire, radiant in her glory and wielding the mighty blade, Daecÿlis. The spirit carved her blade through the brothers and tore the flesh from their bones. 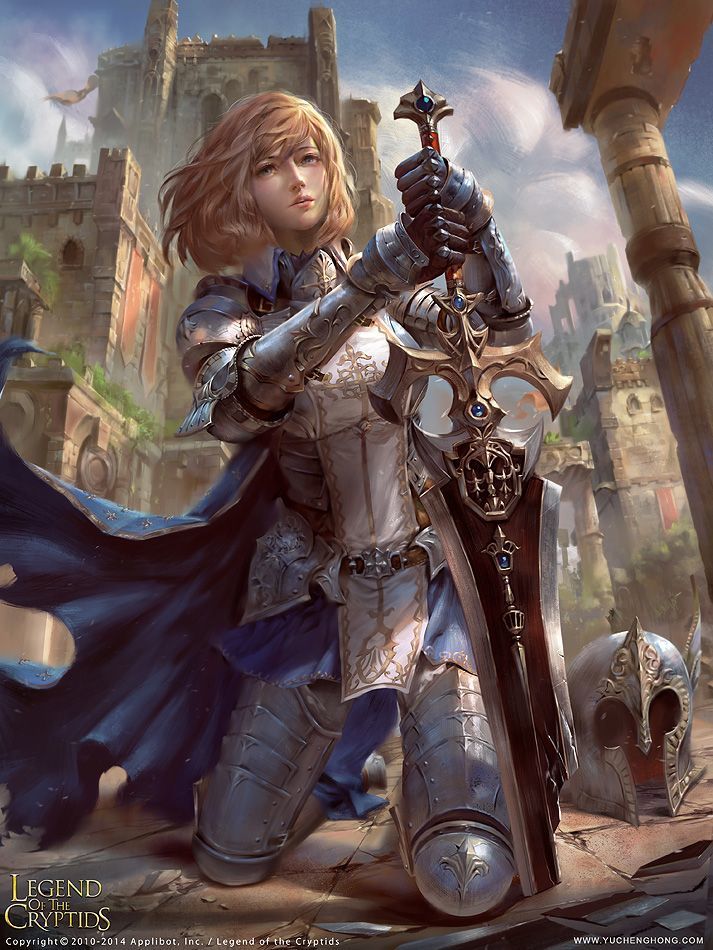